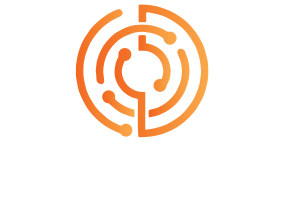 Welcome to Stuttgart, capital of Baden-Württemberg!

With its 630.305 inhabitants, Stuttgart counts as the largest city in Baden-Württemberg and the sixth largest city in Germany. It is also known as the hometown to global players such as Porsche, Bosch or Mercedes-Benz Group AG.

Stuttgart is unusual in the scheme of German cities. It is spread across a variety of hills (some of them covered in vineyards), valleys (especially around the Neckar river and the Stuttgart basin) and parks. This often surprises visitors who associate the city with its reputation as the “cradle of the automobile”.

At the center of Stuttgart lies its main square, Schlossplatz. As well as being the largest square in Stuttgart, it stands at the crossover point between the city’s shopping area, Schlossgarten park which runs down to the river Neckar, Stuttgart’s two central castles and major museums and residential areas to the south west. Königstraße, Stuttgart’s most important shopping street which runs along the northwestern edge of Schlossplatz, claims to be the longest pedestrianized street in Germany.

Although the city center was heavily damaged during World War II, many historic buildings have been reconstructed and the city boasts some fine pieces of modern post-war architecture. Buildings and squares of note in the inner city include:

Parks, lakes and other places

At the center of Stuttgart lies a series of gardens which are popular with families and cyclists. Because of its shape on a map, the locals refer to it as the Green U. The Green U starts with the old Schlossgarten, castle gardens first mentioned in records in 1350. The modern park stretches down to the river Neckar and is divided into the upper garden (bordering the Old Castle, the Main Station, the State Theater and the State Parliament building), and the middle and lower gardens – a total of 61 hectares. The park also houses Stuttgart planetarium.

At the far end of Schlossgarten lies the second Green U park, the larger Rosensteinpark which borders Stuttgart’s Wilhelma zoo and botanical gardens. Planted by King William I of Württemberg, it contains many old trees and open areas and counts as the largest English-style garden in southern Germany. In the grounds of the park stands the former Rosenstein castle, now the Rosenstein museum.

Beyond bridges over an adjacent main road lies the final Green U park, Killesbergpark or ‘Höhenpark’. The park has been used to stage many gardening shows since the 1950s, including the Bundesgartenschau and 1993 International Gardening Show, and runs miniature trains all around the park in the summer months for children and adults. The viewing tower (Killesbergturm) offers unique views across to the north east of Stuttgart.

On the northern edge of the Rosensteinpark is the famous ‘Wilhelma‘, Germany’s only combined zoological and botanical garden. The whole compound, with its ornate pavilions, greenhouses, walls and gardens was built around 1850 as a summer palace in moorish style for King Wilhelm I of Württemberg. It currently houses around 8000 animals and some 5000 plant species and contains the biggest magnolia grove in Europe.

Other parks in Stuttgart include the historic Botanischer Garten der Universität Hohenheim and Landesarboretum Baden-Württemberg at Castle Hohenheim (which date back to 1776 and are still used to catalog and research plant species), Uhlandshöhe hill (between the city center, Bad Cannstatt and Frauenkopf, and home to Stuttgart observatory), the Weißenburgpark (a five-hectare park in the Bopser area of Stuttgart South which dates back to 1834 and is now home to a ‘tea house’ and the ‘marble room’ and offers a relaxing view across the city center), the Birkenkopf a Schuttberg (at 511 metres (1,677 ft) the highest point in central Stuttgart, where many ruins were laid to commemorate the Second World War), and the Eichenhain park in Sillenbuch (declared a nature reserve in 1958 and home to 200 oak trees, many 300–400 years old).

There are a number of natural and artificial lakes and ponds in Stuttgart. The largest is the Max-Eyth-See, which was created in 1935 by reclaiming a former quarry and is now an official nature reserve. It is surrounded by an expansive open area overlooked by vineyards on the banks of the river Neckar near [Mühlhausen]. There are expansive areas of woodland to the west and south west of Stuttgart which are popular with walkers, families, cyclists and ramblers. The most frequented lakes form a 3 km (1.9 mi) trio made up of the Bärensee, Neuer See and Pfaffensee. The lakes are also used for local water supplies.

In the Feuersee area in the west of Stuttgart lies one of two ‘Feuersee’s (literally fire lakes), striking for its views of the Johanneskirche (St. Johns) church across the lake, surrounded by nearby houses and offices. The other Feuersee can be found in Vaihingen.

You can find more information on the official website of Stuttgart.

Thank you for your registration!

We have also already sent you the first email and ask you to confirm your email address via the activation link.
Please also check your SPAM folder!